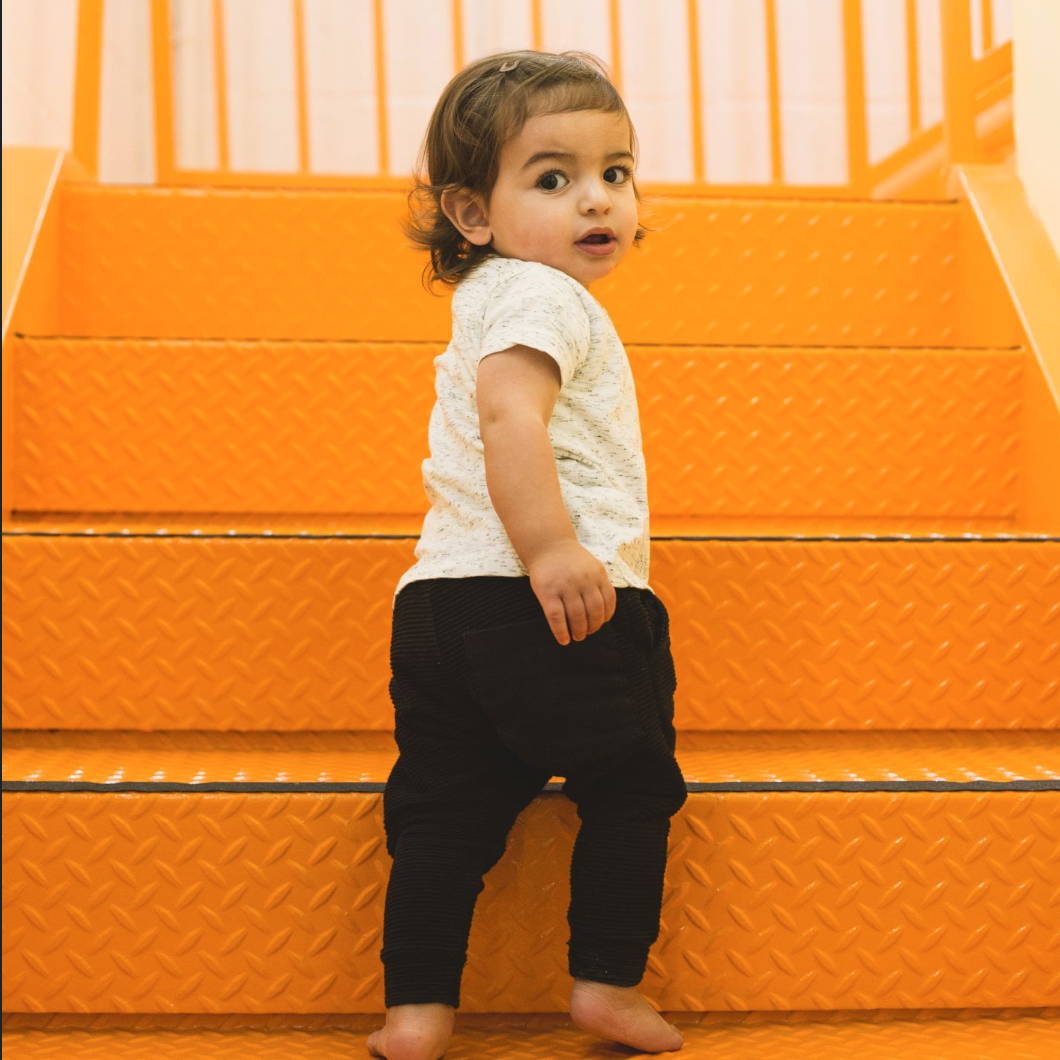 The toddler years are a major milestone in a child––and a parent’s––life. And those toddler years are dominated by what’s been colloquially termed “the terrible twos.” But is this really accurate? Are two year olds terrible? It’s no secret that there is a significant amount of social, emotional, cognitive, and physical development that happens during this second year of life. The question remains: what is it about all of this growth and change that makes the two year old more prone to meltdown and tantrum? And what can adults do to help them through this tumultuous age?

What are the developmental milestones for a two-year old?

According to the CDC checklist for two year olds, there are four major categories of developmental milestones. These are social emotional, language and communication, cognitive milestones, and movement. On the surface these all seem pretty straightforward, but let’s dive a little deeper into each area.

When it comes to social/emotional milestones, this is where we begin to see those temper tantrums that define the “terrible twos” begin to appear. Socially, two year old toddlers are paying more attention to the people around them. They are recognizing facial expressions and paying attention to how other people are displaying emotion, such as crying or laughing. They may imitate or attempt to join in on these emotional displays.

Problem solving is one of the main areas that defines the cognitive milestones of the second year. A great example of this is the way toddlers will begin to try and dress and undress themselves, utilizing things like snaps and zippers. They may become more interested in toys and household objects that utilize knobs and buttons. This kind of cause and effect play can help establish thinking and problem solving patterns.

Language makes a huge stride in this second year of life. Two to three words or phrases replace single word statements. Two year olds will begin to pair pointing with verbal identification, of body parts, parts of favorite books, and things in their environment. Children should have between 200 and 300 words. They will repeat words they hear around them.

A newfound sense of independence is accompanied by developments in movement at this stage of toddlerhood. Two year olds are learning to operate within the world with less intervention from the adults around them. Kicking and catching balls, small stationary jumps, walking and running with more confidence, and walking up stairs without help are movement milestones. These are accompanied by developments in fine motor skills, such as attempting to use a spoon, using crayons or pencils, safety scissors, or stacking blocks.

Are all two year-olds difficult?

This growing independence means that challenges like temper tantrums become more frequent. These newly independent toddlers aren't able to manage the whole new world of feelings and experiences they're having. They can understand a lot more than they’re able to verbalize or otherwise express, and this can lead to a whole host of frustrations and meltdowns.

The word “no” becomes a major part of the two year old vocabulary, as any parent or caregiver can attest to. Non-compliance and aggression are at their worst during this stage of growth. While infants, the brain and most communication was mostly focused on physical comfort - being tired, hungry, or having a dirty diaper. By the age of two, children experience a whole host of additional - and more complex - feelings. And while language explodes during this year, it generally isn't enough to keep up with the daily list of wants and needs thought any given day.

Besides just communication shortfalls, there is also the recognition that their newfound independence comes with rules. Rules that they do not have the comprehension abilities to understand. For example, a child may have become significantly more confident at walking, and wants to walk everywhere without a parent’s assistance. But in busy areas, like parking lots or crossing streets, the rule is they must hold mom’s hand. This sounds pretty straightforward right? It’s for their safety afterall! But the toddler doesn't understand any of this. All they recognize is that sometimes they're allowed to do it themselves, and sometimes they are not. How rude, right?

The same sort of challenges apply to things like sharing with other children or having to take naps. It seems arbitrary and unnecessary to the underdeveloped brain of a toddler. And since they don't have the language skills to explain their frustration, a tantrum ensues. If they’re hungry and no food/the wrong food/incorrectly presented food isn’t immediately dealt with? Tantrum. A sibling is using a toy that they didn’t even know existed but now absolutely cannot survive without? Tantrum. Big feelings, big emotions, big breakdowns.

How Can I Prevent a Temper Tantrum?

The sheer number of books and articles and podcasts and journals that deal with toddler development and temper tantrums is enough to prove just how ubiquitous these meltdowns are. There is an overwhelming amount of advice and strategies, some of it contradictory. Thankfully there are a handful of tried and true research backed strategies that can be employed that help to avoid tantrums in the first place. And while it would be impossible to predict and prevent all tantrums, prevention is a great place to start.

First, let's discuss ways to prevent tantrums in the first place. It’s important to remember that tantrums are a fact of life, and even the best of caregivers can’t prevent them all. A tantruming child does not indicate a failure in parenting or caretaking. That being said, there are four key things adults can use to try and prevent some meltdowns.

The first is being consistent. Consistency from day to day will help a toddler to establish a routine, both physically and emotionally, that can help to regulate any issues that might stem from them being overly tired, hungry, or overstimulated. A regular morning routine, nap times, meal times, and a nighttime routine with a consistent bedtime will go a long way in preventing the most common tantrum triggers.

Outside of a pandemic (looking at you, 2020) most families aren’t just staying in their houses every day, keeping to the same daily schedule. Even the most consistent of caregivers have things that need to be accomplished outside of the home. Planning ahead for these are critical. Does the toddler go to childcare? Are their errands to be run? Is Grandma babysitting for an evening? Or maybe an appointment with the pediatrician? Planning ahead for any event outside of the normal routine is absolutely critical when it comes to preventing tantrums. Schedule the appointment or run the errands outside of nap or meal times. Pack a diaper bag with the necessities - snacks, distractions, etc. Have a place where the child can nap, and stick to their schedule if they won’t be home for nap time. A well planned outing is a tantrum free outing!

Buy in is big. Letting anyone––a high school student, an employee or even a toddler have some say in their environment or activities can go a long way towards ensuring both compliance and even enthusiastic involvement. For toddlers especially it’s important to not always say “no.” Let them have some choice. Sometimes this means letting them pick out some or all of their outfits. Anyone who's ever seen a kid in leopard print leggings and a rainbow sweater knows their choices are solid entertainment anyway. But beyond this, it means no tantrums over getting dressed if they are excited about what they're wearing. Food too is a great place for this strategy. By allowing the child the ability to help prepare or choose some aspects of their meal the likelihood of a struggle over eating is greatly diminished.

Lastly, it's important to praise good behavior. When a child voluntarily complies or follows rules, give appropriate feedback for their age. This means something in the moment and tangible - such as a high, high five, or fist bump. Long term rewards that involve a time frame (i.e. next week we’ll do…) aren’t as effective for small children, since their brains lack the development needed to think in terms of long term goals. An immediate response from a parent or caregiver is the best form of praise for a toddler.

How Do I Handle a Tantrum Once It’s Started?

There are five rules of thumb for dealing with a tantrum once it's started. Remain calm, teach the vocabulary, ensure safety, and no punishment. Remaining calm is critical. Since the adult is the one with the mental capacity for reason and self-regulation, it’s the adult's responsibility to remain calm in the situation. The child is already operating outside of their own ability to maintain emotional and physical control, and an adult who is adding to the stress is not going to help the situation.

It’s important during this time, however, that adults do not try and reason with a tantruming child. They aren’t in any state to receive instruction or have any sort of back and forth conversation. They are likely overstimulated. Make sure the child is in a safe place, and even if interacting with them is out of the question, it is important to remain with the child throughout the duration of the tantrum. Let them know you love them and remain a calm sense of stability but limit any talking. Talking only increases the stimulation. The other part of this equation is to resist the urge to isolate the child, such as in a “time out.” Without delving too deeply in the psychology, the toddler’s brain isn’t reacting in this way for attention or on purpose, so a punishment that results in them being isolated doesn’t fix the problem or lead to calming any sooner. It just trains the brain in what could potentially be negative ways. The stress hormones released during a tantrum won’t be abated by the child being alone. If anything, it can add to the stress. Remain with the child, holding them if necessary, and remain calm until they are able to regain composure.

Once the child is calm, it's a good time to do a quick check of vocabulary. Talk about what caused the meltdown in the first place, if you can identify the trigger. Explore with the child how they felt, and what their actions meant. Use each tantrum as a teaching tool for helping to identify and verbalize feelings and emotions.

Tantrums are a fact of life for the under four set, and two year old toddlers are at the peak of this behavior, for a number of reasons. Their newfound sense of wanting to do things on their own is at odds with the fact that they still require significant assistance from parents and caregivers. They have greater freedom, but that freedom comes with a whole new set of rules they don't understand. All of this is accompanied by a lack of verbal skills necessary to navigate this new environment.

Fortunately, there are things adults can do that can help both prevent and minimize the effect of these tantrums. Being consistent and planning ahead for changes in routine can really downplay the effects of tantrum triggers. As well as letting the child have at least a few choices of their own to make throughout the day, giving them some buy in towards happy compliance, especially for tasks that are non preferred, such as bath or dressing. When responding to an ongoing tantrum, it’s incredibly important to remain calm, and keep the child safe. Lastly, it’s important not to punish a toddler for a tantrum. They aren’t doing this on purpose; it’s not a cognitive choice to be difficult or over emotional. These are visceral reactions happening to people who do not have the capacity to verbalize their emotions. It’s important to remember tantrums are going to happen. It's a simple fact of life for the two year old. But how we plan for them and how we deal with them can make all the difference in the world to the child.